Back Mice is an informal term which is often used to describe painful bulges around an in the lower back, sacrum or in the buttocks area. They are usually the fatty lumps that are developed in and around the spine and/or back. They are fat masses that have a rubbery nature which herniate through the hip area back or the back( lower, middle or upper).

There is no specific medical term for Back Mice, it is more of a term used by Chiropractors. But chiropractors are not fully qualified to diagnose a Back Mice, it should be done by a qualified doctor like a Dermatologist. Before treatment there should be scrutiny of this problem so that misdiagnosis can be avoided.

Emil Reis was the first physician to describe this condition in medical literature. He used this term in association with another condition called Episacroiliac Lipoma and now Back Mice has been associated with many spinal/pelvic conditions.

Symptoms  of Back Mice

Back Mice are very painful and grotesque which are usually caused by the damage to the Fascia or when there is extreme pressure on nerve endings. A person with Back Mice has trouble in sitting or lying down.

As they are unspecific they are often confused with cysts but for proper diagnosis and an anesthesia is injected into the lump and if the patient feels comforted by that anesthesia then that bump is highly likely to be a Back Mouse, but this procedure is not a sure shot one.

It can also be identified by performing a biopsy on the lump.

The lumps can be benign or a serious one and it could be lipoma or:

Back Mice are often accompanied by Fibromyalgia which is a painful disorder characterized by severe pain in the musculoskeletal system. It causes fatigue, issues with sleep and memory and mood swings.

Treatment for Back Mice

If the growth of the Back Mice is not benign or the pain is unbearable then only treatment is required with proper diagnosis.

First the bump is anesthetized then an excision is made into it and then the fascia is repaired. Relief from the pain can be achieved only by this procedure.

Back mice usually occur in a group of hundreds which makes the complete removal of all the back mice highly unlikely. Liposuction can also be considered if the bumps are small, extensive and full of fluid.

The side effects of the excisional surgery are bruising, infection, scarring and uneven skin texture. Taking baths or swimming in pools can cause infections at sites of excisions. The patient must consult a doctor if they feel feverish, chills, pain, bleeding, nausea or any kind of discharge after the procedure is performed.

Though not the recommended people to treat Back Mice but some chiropractors believe this condition can be treated by a combination of treatments like spinal manipulation and acupuncture, which are likely to cause less harm or infections as in the case of an excision made during a liposuction treatment.

Alternative treatments like dry needling have proved effective in some cases. In 2016 a case study was published in Pain Physician which read and informed that an injection of steroids and a local anesthesia into the lump of fat which when followed by dry needling can help significantly with the pain and the swellings. This therapy is very similar to the acupuncture technique performed by Chiropractors.

Because massage therapists have highly sensitive palpation skills they easily find such lumps that are made of fat and fiber while massaging the soft tissues. Deep pressure on these lumps is not really beneficial but if those lumps somehow irritate certain superficial nerves then gentle massages of those lumps might help in mobilizing the cluneal nerves and reduce the pain and irritation caused to nerves. 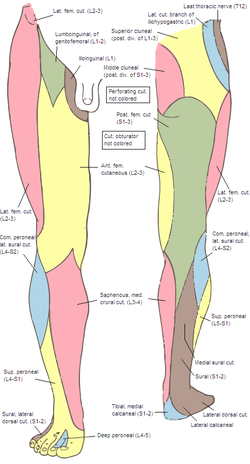